Our Lisa has given a prompt that requires a little background from her Whimsical Musings #237 post:

This fifth season is the beginning of German Carnival, something particularly strong around Düsseldorf and Köln as well as other cities around Germany.  If you'd like to find out more, Wikipedia has a lot of information about the traditions surrounding this "special" time of the year...
What would that mean to you? Would you want more sun, more winter, more snow, less change? Would you like to create your own fifth season by heading out of town on a long trip at the same time every year to escape weather in your own area that makes you unhappy? ... How about making it a little more philosophical and thinking about the seasons of life - Jennifer Wilson over at Simple Scrapper uses this analogy...  This might be a little more abstract than usual, but I do think that there are ways to take this and make it your own!"

This was an unusual prompt, however I was actually going through
an unusual time in my life that would suit this to a "T".


Last fall we began a house move that is still underway. (I have commented on multiple occasions that it’s been eerily like the movie Groundhog Day!)  I knew immediately that I would scrap a series of moments in the countryside at dawn & other photos taken on the back-and-forth journeys we continue to make between houses. 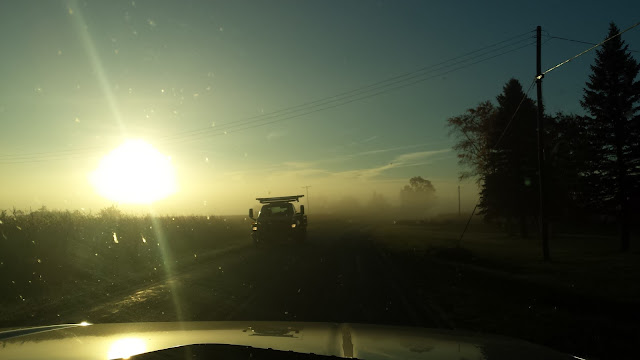 Because of the location of each home, we almost can’t get there from here - at least not at highway speeds – which makes the whole process that much more painful.

More often than not, on the return trip we look just like the Beverly Hillbillies! 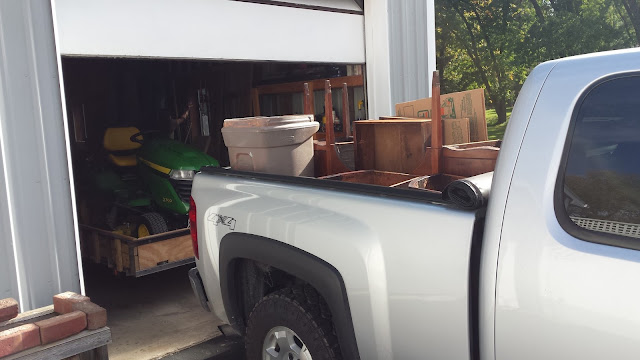 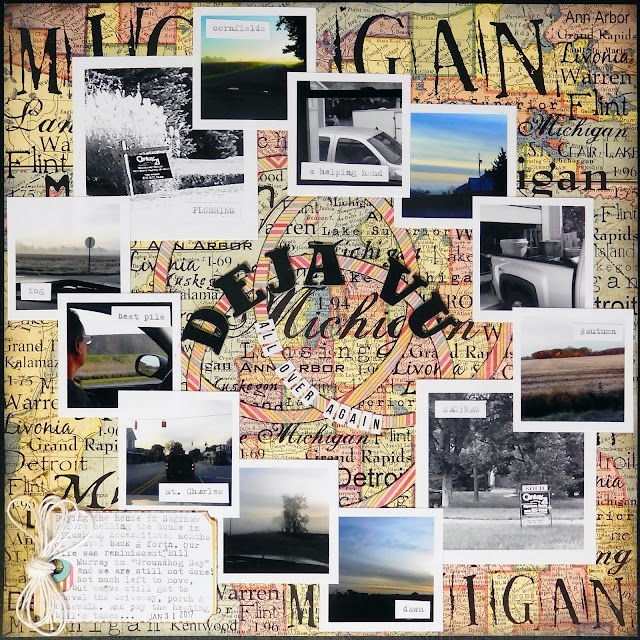 I placed my title on the overlapping circles in the center
to convey the feeling of endless trips back & forth. 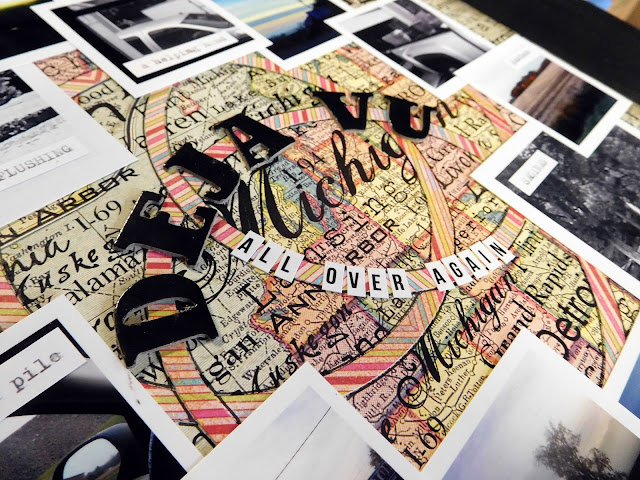 My journaling was done with my vintage typewriter on a tag. 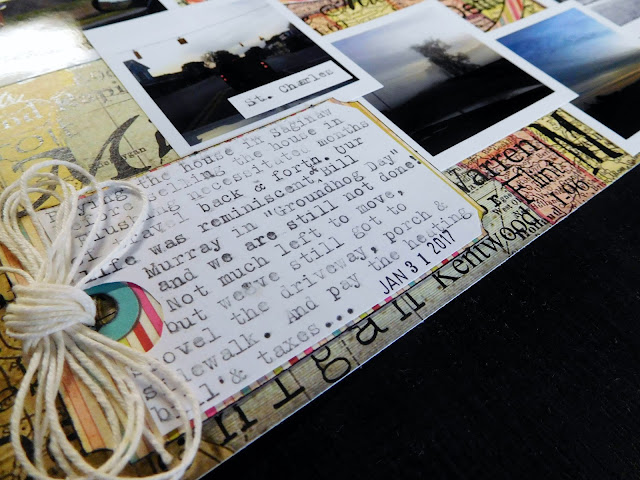 I hope you will give this one a try!
If it leaves you stumped just try another from the Past Prompts link HERE.
Posted by LCSmithSAVED at 12:01 AM