A stumper to start with, and I toyed with a lot of mixed media ideas but had no photo or story in mind. I thought of a lot of techniques, like tearing pieces to mimic stone & gluing them down. But what would I make with them?

I remembered some unscrapped photos of a house that was being built that looked like a castle.

I thought of some photos of my DH chasing sheep (cows?) around a field in Ireland (or was it
England?) but didn't really have anything to say about it, plus they were part of an album already.

Sometimes I get too literal with these challenges!

The fun thing about my page is in the details. After I got my idea I remembered the name tag diecut, prompting a deep dive into my stash.The stone paper was in an old kit that I compiled for home improvement pages. I knew a must-have was the modeling paste & used it over some ancient Tim Holtz alpha masks. The background paper was called, You Rock (note the branding strip name tag cut out under my name) so I had to tuck it in! I doodled the tiny castle on some waste from misted overspray & fussy cut it. Found a little red frame for my selfie & done. 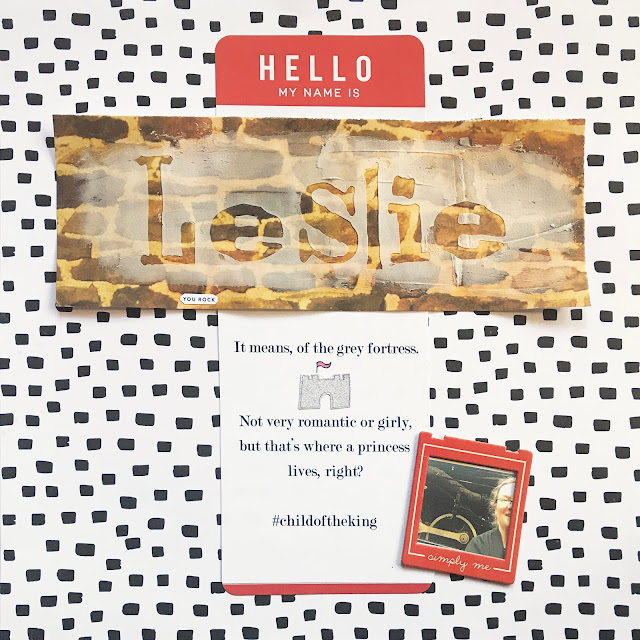 And I love it! Serendipity for the win.

Join in at Archiscraps & be sure to link up your creation.

Posted by LCSmithSAVED at 7:48 PM