It's been a little while since I've scrapped for fun.
Not for a deadline, not for a challenge, not with a kit... 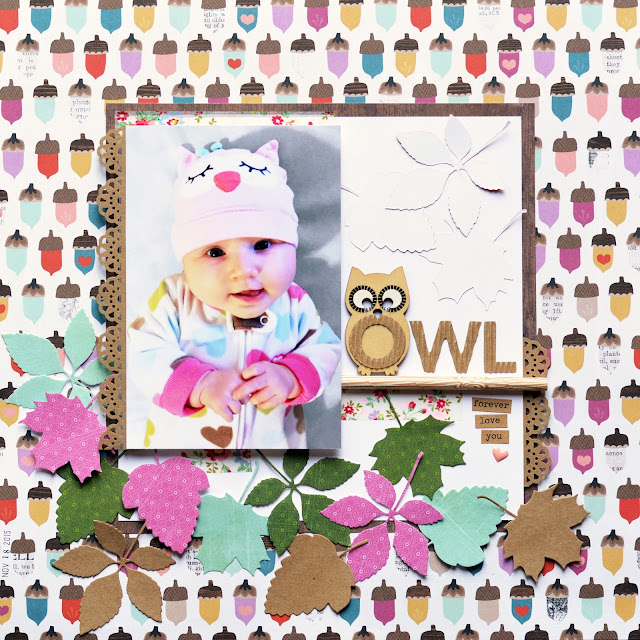 I got a new leaf die & wanted to play with it. 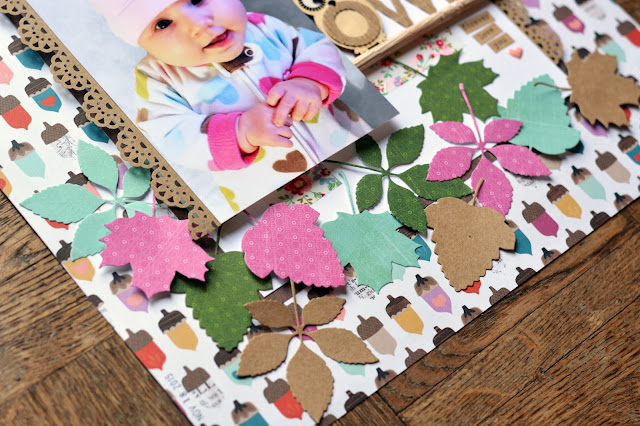 I had a few leaves that were the wrong shade, and that big white space was really bugging me. Actually the color on the other side gives a nice tint to the shadow underneath. Happy accident. 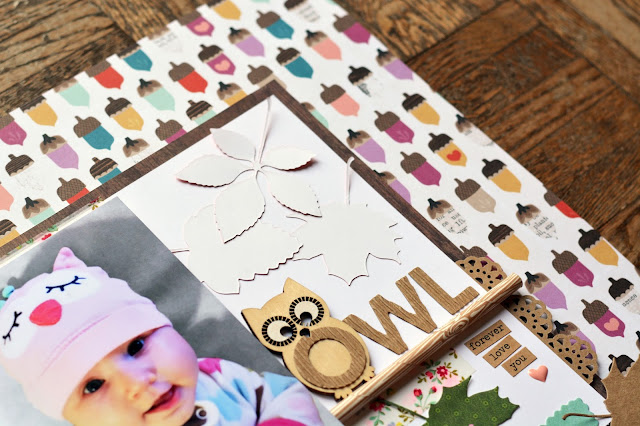 Second up is a page for Whimsical Musings prompt #190: be inspired by pumpkins!


Here's a little of the thought process for this one. This was where I began...
I just needed to get all of those photos on the page.

I kept trying to think of what to do with that kraft background. Stamp it?
Who am I kidding? I want patterned paper! 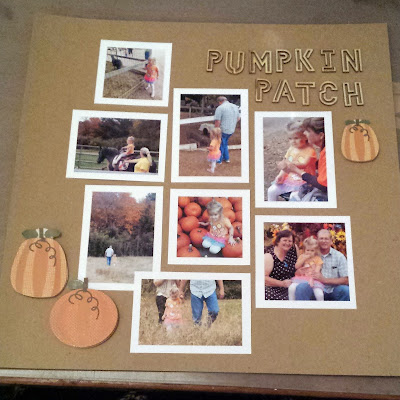 I remembered this post from Susan Brochu with a technique dubbed, "reverse matting",
shown in this YouTube video by Tracy Banks aka Mercytiara.
I used that as a way to introduce some patterned paper.
It also makes a great place to tuck other papers into. 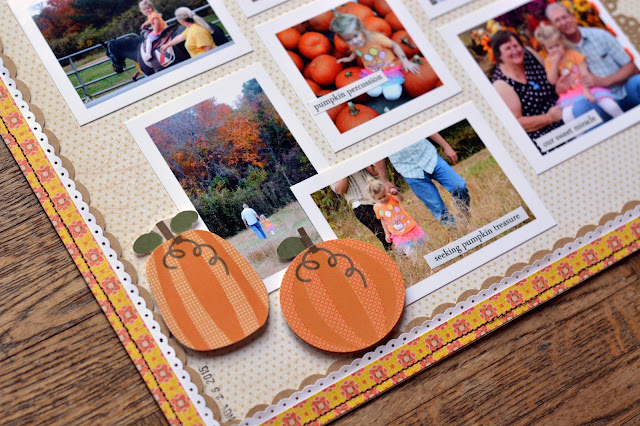 I had decided that I wanted a tiny touch of white to tie in with the white borders of the photos.
It looked great on the kraft, but I eventually traded the kraft for the subtle pattern that dramatically lightened & brightened the whole page. I couldn't forsake the kraft altogether so it made a reappearance as a third layer in the border which I finished off with machine stitching. 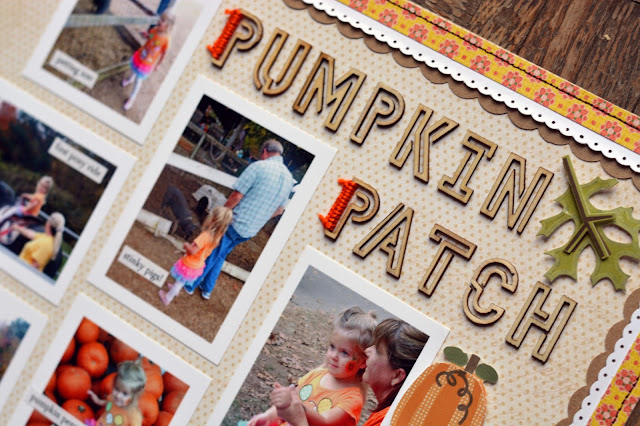 I wanted to dress up those title letters so I added a little floss detail. 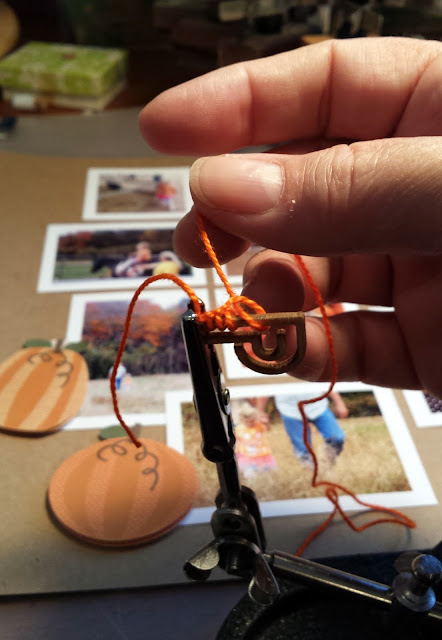 I added a simple stitch to the edge of the featured photo as well to tie it all together. 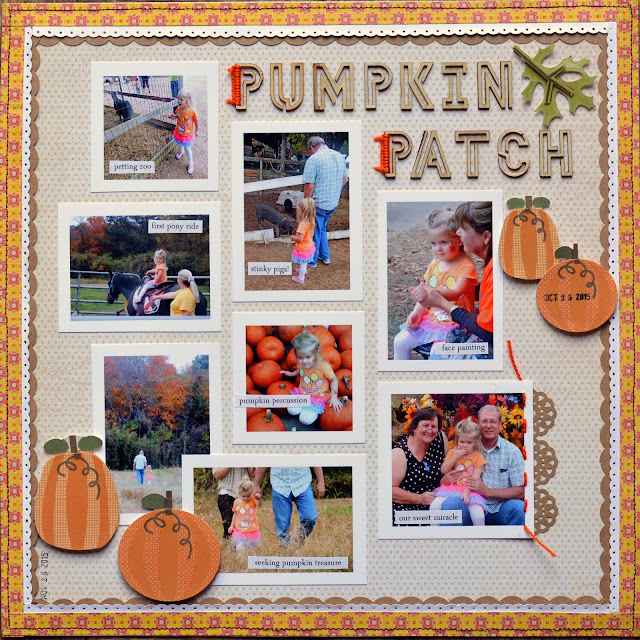 There is a little secret twist. When I got most everything adhered it had all
gotten shifted too far to the left - ugh! I hunted up the embellishment pack & added
one more pumpkin & a random leaf to the title block. Voila!

To my American peeps: Don't eat too much pie tomorrow! Save some for breakfast on Friday, hehe...

Posted by LCSmithSAVED at 11:07 PM